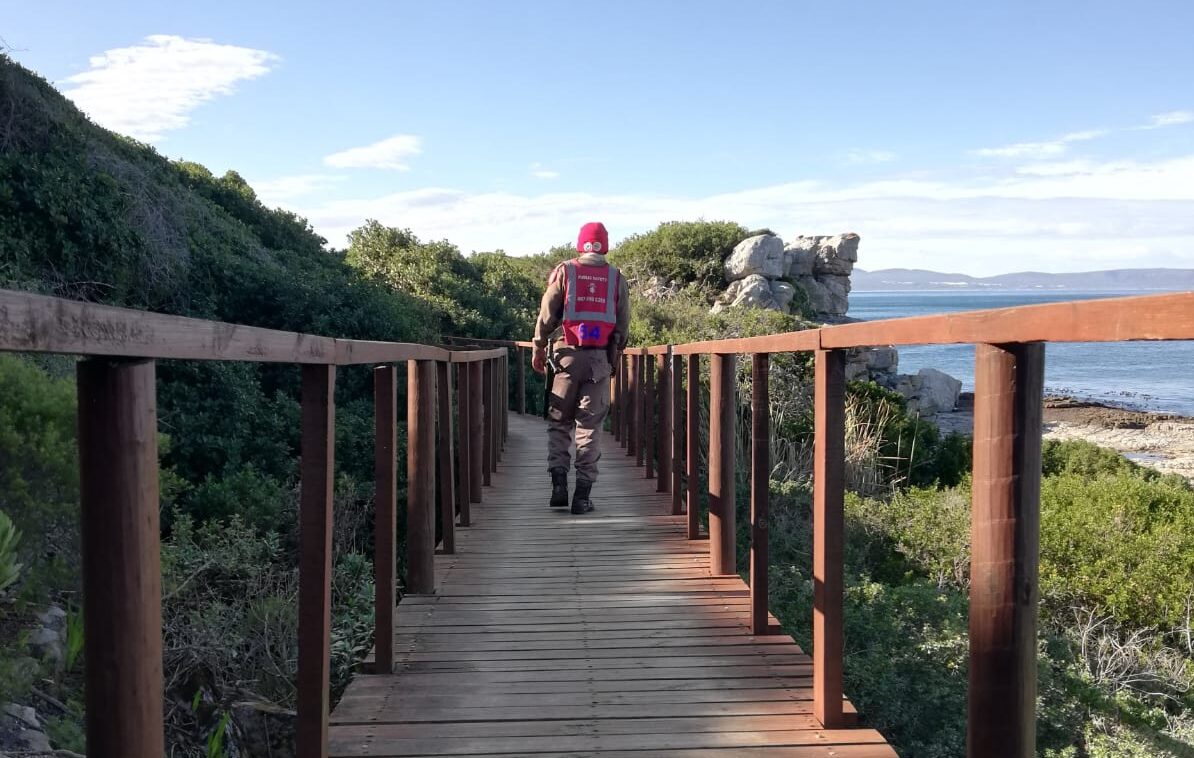 Many of you probably know about the Investor Conference that was hosted by the Overstrand Municipality (OM) during last week. This initiative deserves praise, and we hope that it will attract the right type of investor to our shores. Not only do we have to diversify our local economy, but we must boost job creation if Hermanus was to prosper.

Like tourism, investment depends on several factors, including an investor-friendly regulatory environment and positive perceptions about public safety, crime prevention and a healthy environment. We all invested in Hermanus because of its beauty, infrastructure, the fact that the town is well-run, and the knowledge that properties retain and increase in value.

However, if we do not have an integrated approach to crime prevention, perceptions about Hermanus may change and investment will flow elsewhere. It is against this backdrop that we are looking forward to the Mayor’s proposed Overstrand Crime Prevention Strategy, which is due August 2022.

Vagrants and Homeless People – Interaction with the OM

During recent years it has become increasingly evident that we, as the community, must address the plight of the homeless in Hermanus. The need has been confirmed when we received our HPP satisfaction survey feedback.

We at HPP recently liaised with some of the Cape Town CIDs (SRAs) to obtain their views and learn from their experience. This resulted in us approaching a consultant with experience in dealing with homelessness. Our selection was based on strong references from CID staff from both VRCID (Voortrekker Rd) and City of Cape Town.

Based on our interaction with this consultant, we identified 3 aspects that need to be addressed – not all fall within the direct mandate of HPP. These are:

We subsequently met with the Mayor and relevant OM leaders to share our recommendations. It was a productive meeting and OM undertook to engage with a number of stakeholders in order to find a solution for the aspects that fall within their direct mandate, e.g. the car guard problem. OM and the organised business fraternity are already in conversation on several matters of mutual concern, the overall stability and safety within the CBD will be included in the agenda of such discussions.

Considering these discussions, HPP have increased patrols in the CBD area in the evenings. This will hopefully assist to improve safety around restaurants and shops in the CBD.

The Board has received notification that the Mayor has replaced Ward Councillor Kari Brice as the OM’s representative on the HPP Board with Councillor Clinton Lerm, a member of her mayoral committee. Councillor Ronald Nutt (MayCo member) will be Clinton’s substitute if Clinton is unable to attend a Board meeting.

The OM representative will attend and participate in Board meetings but will not have the powers and duties of directors and have no voting rights.

Against the backdrop of its rotation policy, the Board took a decision to co-opt two new members with effect 1 July 2022.

These new members are Jerry van Niekerk and Leon Rauch.

Jerry, who holds a MPhil-degree in Coaching from Stellenbosch University’s School of Business, spent his corporate career with Old Mutual, where during the last ten years, he held executive roles in human resources, customer service and the retail mass market divisions. In addition, he performed roles as Director and Trustee of various Old Mutual-owned entities. Jerry’s relationship with Hermanus spans almost two decades.

Leon, who is a qualified chartered accountant, also has a long relationship with Hermanus. His father bought their Fernkloof-home during 1985. Following a career in merchant banking and financial management in Gauteng, Leon retired during 2015 and moved to Hermanus during 2016. An experienced business valuator, Leon is also an enthusiastic golfer.

Earlier this month HPP, being the management body of the Hermanus Special Rating Area (HSRA), joined forces with the Onrus | Vermont and Kleinmond SRAs to create a forum that will engage on a regular basis.

Functioning under the leadership of a rotating chairperson, the forum will provide a platform to:

The HPP annual Satisfaction Survey was circulated to ratepayers during June. The Satisfaction Survey aims to establish the general opinion of Hermanus SRA ratepayers about the services provided by HPP. The outcome of the survey assists the HPP Board in determining what improvements can be made to the current services as well as address issues raised by residents.

Overall, the responses were favourable to the services provided by HPP. Many votes of thanks were received. One response was particularly encouraging:

“Initially I was not in favour of this initiative but I have realised what an important role HPP is playing and I have changed my mind completely.”

A comparison of 2021 and 2022 survey responses on overall satisfaction, perception of impact and value for money follows: 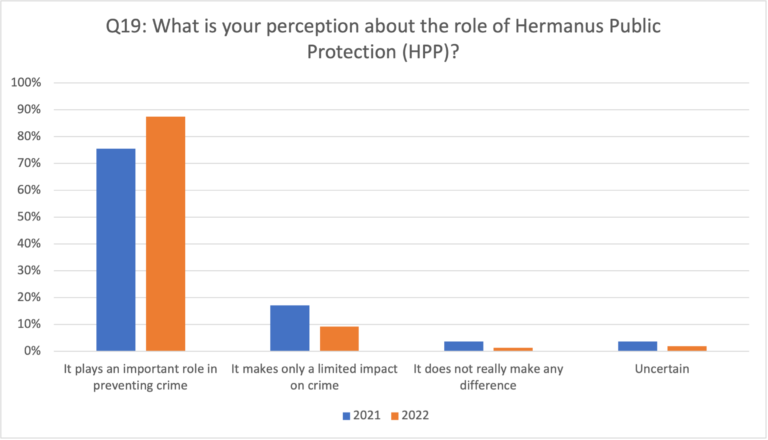 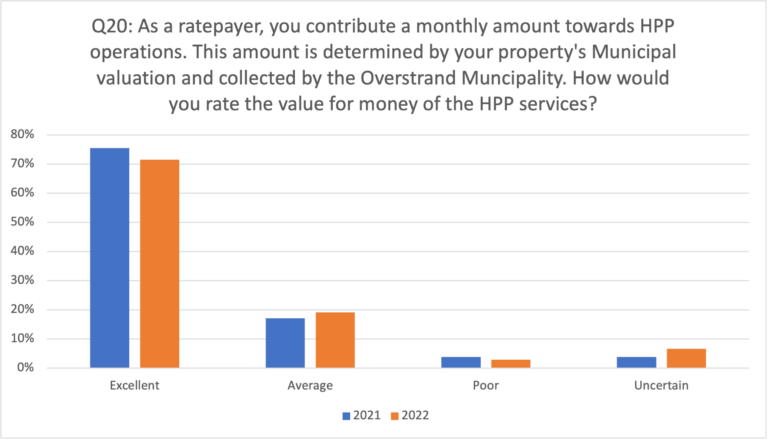 Thank you for participating in the survey and taking the time to share your thoughts. The HPP Board will be holding a workshop in the coming months to address the issues raised and determine further improvements to the service provided.

The HPP AGM will be held via a virtual platform on Tuesday, 13 September 2022, from 15:00 to 17:00. A formal notice will be published and sent to members prior to the meeting.

As always, we would like to thank you for your continued support and feedback. If you have ideas on how we can improve on what we are doing, please let us know.